Skip to content
Table of content show
1 Lockdown
2 Who is Mark Wiens?
3 Why did Mark Wiens become so popular?
4 So how did we travel with Mark Wiens during lockdown?
5 Visiting Thailand
6 Tempoyak
7 Needs more chili
8 Thank you, Mark!
9 Picture and Video Credits
10 Follow Mark Wiens

How did you travel with Mark Wiens during lockdown?

How in the world is that possible?

Here’s how it went down.

When the first lockdown here in Belgium was announced in March 2020, it also took our travel plans down.

A 3 week scenic cruise on the Regent Seven Seas Splendour in the Caribbean to celebrate our 10th wedding anniversary. Followed by 2 weeks of visiting friends in Phoenix, Atlanta and New York.

A couple of weeks in our second home in Tenerife to catch up with friends and neighbours.

A week in London to see Jeff Beck perform in the Albert Hall, best guitarist in the world.

A trip to the beautiful Zugspitz area in Lermoos to hike in the healthy mountain air, nap in the afternoon sun and overdose on Almdudler lemonade.

A second trip on the AmaKristina river cruise ship from Antwerp to Strasbourg and back.

A road trip in France from Antwerp along Brittany and Normandy all the way to the Club Med in Bordeaux.

Go visit friends in Nice and hop on a Ponant cruise ship for a 7 day mediterranean cruising delight.

In other words “vachement raté” the French would say.

Our plans all went down the drain.

We have been traveling quite extensively for a decade now since we both gave up our nine to five office jobs. No need to say that we were floored.

Not that staying home in Antwerp is a punishment. There is a lot to do and see. Even when the museums, restaurants and bars are closed. We bought 2 electric bikes in April last year and that gave us the opportunity to stay active, enjoy the lovely spring weather and go places.

However after a few months we started to feel a little uneasy. Just the routine of packing bags and go somewhere, we missed it so much. Little did we know that it would last this long.

To feed our travel craving we started watching travel and food videos on YouTube.

And that is how we discovered Mark Wiens.

There are numerous travel and food vloggers and bloggers out there. However Mark Wiens YouTube channel caught our eye and we got hooked on his channel.

Who is Mark Wiens?

He was born in Phoenix, Arizona.

After living and traveling all over the world he ended up in Bangkok, Thailand. There he met his wife Ying. They have a son Micah.

You can often see them both in Mark’s vlogs since they travel with him all the time.

Why did Mark Wiens become so popular?

Probably for the same reason we got hooked on his videos.

Mark Wiens has his very own style. His videos are not picture perfect because of the way he holds the camera when he talks and walks around. Which makes it look like you are right there with him visiting a food market, beach or restaurant.

He is energetic, enthusiastic and can hardly hide his excitement when he talks about a place he is about to go to for lunch or dinner. Even though Mark Wiens has got 7.5 million followers on YouTube, it feels like he is just making his videos for you. That sounds tacky perhaps but it is true.

Mark Wiens net worth is astronomical. However he stays the same down to earth guy.

So how did we travel with Mark Wiens during lockdown?

Mark Wiens made us travel from our living room.

He took us to places that were on our bucket list, places we visited before and places we had not thought or heard of. We went to Singapore, Russia, Jordan, Germany, Spain, Japan, Malaysia, Hawaii… you name it.

Watching his vlogs made us forget lockdown for just a little moment.

As he was not able to travel either, Mark Wiens started to visit several areas in Thailand.

His hometown Bangkok is actually the last international trip we made before the lockdown. Fair to say that we have a weakness for Thai food. So much so that since we couldn’t travel to Thailand we started to cook Thai dishes at home instead thanks to Mark. Something we hadn’t done for a while actually.

One ingredient we hadn’t tasted yet and is apparently one of Mark’s most favorite things to eat is stink beans or petai. There is a large Asian supermarket here in Antwerp that sells stink beans so we tried out Mark’s recipe for stink beans with shrimp and curry paste.

A little bit of Thailand on our dinner table, and it was delicious!

And how about a cooking a meal with fresh green peppercorns? Because those were on the shelf right next to the stink beans. Mark Wiens often orders dishes with green peppercorns in it and says he could snack on those all day long.

As much as we know quite a bit about food all around the world because of our travels, Mark Wiens taught us a lot more. Things like tempoyak or fermented durian, the stink beans we just talked about, sea grapes and numerous other foods he got us all excited about.

It has become a bit of a joke here at home if we ask each other how something tastes.

We say ‘needs more chili’ and chuckle. Needs more chili is something Mark Wiens says a lot when food is bland or could do with an extra flavor kick. Also the head movement to the right when he tastes something heavenly is another thing we often mimic.

Mark Wiens, you made our lockdown days more colorful and flavorful.

We want to thank you for keeping us on our toes. For making us dream about traveling and eating around the world.

Here is how you can join his social media channels: 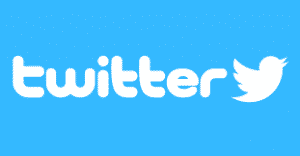